Bacteria multiply in a distinct pattern of growth, consisting of a cycle with four general phases: 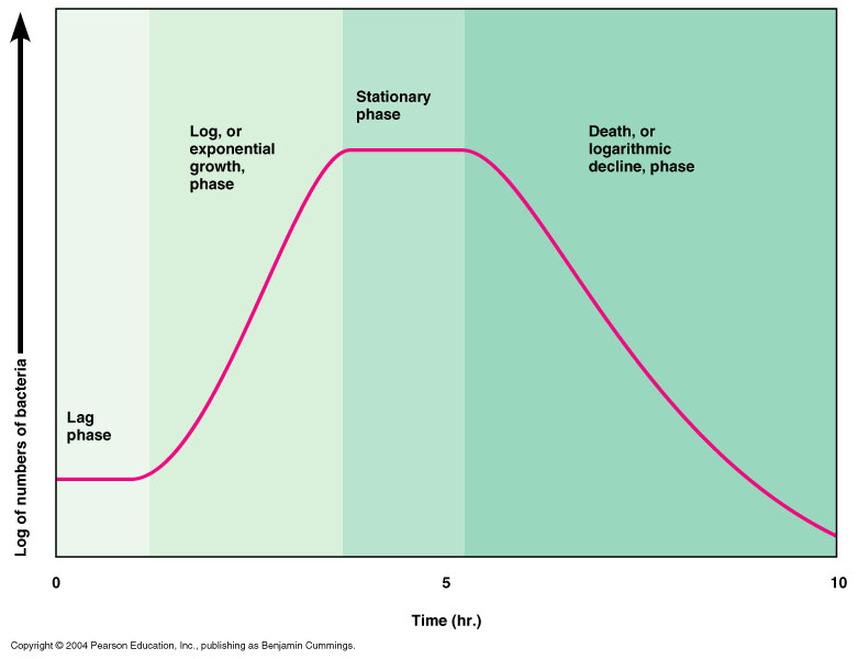 Scientists and doctors can use the basic knowledge of the metabolic events which are taking place in these phases to develop ways to combat bacterial growth: as bacteria are most vulnerable during the log phase, many antibiotics target metabolic processes in that phase in an attempt to stop the bacteria from growing.
Powered by